Peter Schubert is a Managing Director of Commercial Leasing. He is responsible for retail and creative use leasing, where he works on both landlord and tenant representation assignments in Brooklyn. He has successfully represented Blue Apron, Ample Hills, Juice Generation, AREAWARE and Four & Twenty Blackbirds, among dozens of other recognized and best-in-class tenants in the borough.

During Peter’s 15 years in commercial real estate, he has worked on hundreds of leasing and sales transactions in Brooklyn and Manhattan. Prior to joining TerraCRG, Peter was the managing director of Capital Markets for Transwestern’s Manhattan office, and previously, he managed the Moinian Group’s 13 million-square-foot commercial portfolio, consisting primarily of Fifth and Madison Avenue office and retail properties.

His most notable deals include representing Moinian in bringing ad agency Y&R from 285 Madison Avenue to a new 340,000 SF headquarters at 3 Columbus Circle. Peter also represented Moinian in issuing a lease to the NBA to create its recently-built 28,000 square foot retail flagship at 545 Fifth Avenue.

As an adjunct professor, he taught real estate investment courses at NYU’s Schack Institute, and he is a recipient of REBNY’s Most Promising Commercial Broker of the Year Award. Previously, Peter spent 10 years in finance and investment banking roles, most recently as a vice president at Bear, Stearns & Co. in New York.

Peter holds an MBA from the Wharton School and received his BA from the University of California, Davis. He served seven years in the U.S. Army Reserve as a Combat Medic and Training Sergeant. He is fluent in Spanish and Portuguese. Peter is a distance runner and tennis player and is active on the board of a few industry and non-profit organizations. 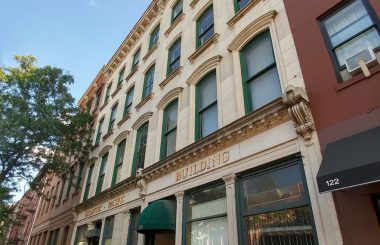