Mixed-Use Property in the Heart of Downtown Brooklyn

TerraCRG has been retained to exclusively represent ownership in the sale of 228 Livingston Street, a rare ~4,290 SF mixed-use property in the heart of the Downtown Brooklyn.

The opportunity is a four-story brick building with 19.5 feet frontage on one of the best blocks in Downtown Brooklyn. The building consists of four, floor-through units; the first and second floor are retail and third and fourth floors are three-bedroom apartments. The building will be delivered with three vacant units and an existing lease on the secondfloor retail. There is a projected gross annual income of $289,296 with a $230,249 NOI.

Ground floor retail rents are upwards of $110/SF on Livingston Street and upwards of $300/SF one block away on the Fulton Mall. Office rents are reaching in the mid-$60/SF. 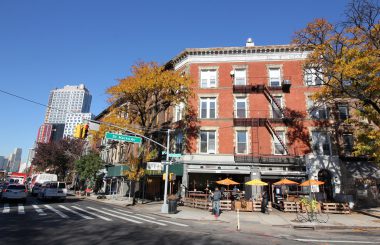